During the last period of Lent I used St. Thomas Aquinas’ “Meditations for Lent”. It was really quite excellent with nice reflections for each day of Lent. I had used a copy that was freely available on Archive.org. Unfortunately like many OCR books scans it was filled with format errors along with missing text formatting. So I had meant to clean it up and make it available before the next Lent. I remembered this on the day before Ash Wednesday and so have been working on cleaning it up for the last week. Using the PDF version as a reference I was able to add formatting such as italics back in which makes it much more readable.

So now I am making that available for everybody and I think it turned out quite well. Although I would not doubt that there might still be an errors in formatting in it. As I read through it again I will be correcting any of these errors I find.

The meditations themselves actually start from Septuagesima Sunday (Note 1) and go on to Holy Saturday.

Note 1: Septuagesima Sunday is the third Sunday before the start of Lent, which makes it the ninth Sunday before Easter. Traditionally, Septuagesima Sunday marked the beginning of preparations for Lent. Septuagesima and the following two Sundays (Sexagesima, Quinquagesima) were celebrated by name in the traditional Roman Catholic liturgical calendar, which is still used for the traditional Latin Mass. The three Sundays were removed from the revised liturgical calendar released in 1969; today, they are just denominated as Sundays in Ordinary Time. (source) 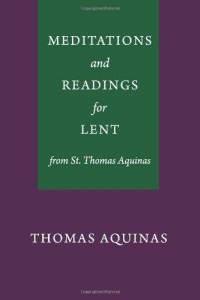 Invasion of the Liturgy Snatchers

(((Although I would not doubt that there might still be an errors in formatting in it. As I read through it again I will be correcting any of these errors I find.)))

Personally speaking Jeff, you’ve always done your best to share with all of U>S (usual sinners) and we Catholics should be very happy to have a former atheist as yourself in The Holy Church that Christ started through Saint Peter.

Keep UP The Good Words and Works.

God Bless you and all your readers