Blessing of the New Organ 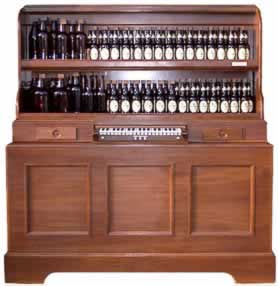 Address of His Holiness Pope Benedict XVI
at the Blessing of the New Organ
(Wednesday, 13 September 2006, Regensburg, Alte Kapelle)

This venerable house of God, the Basilica of “Our Lady of the Old Chapel”, has been splendidly refurbished and today receives a new organ, which will now be blessed and solemnly dedicated to its proper aim: the glorification of God and the strengthening of faith.

An important contribution to the renewal of sacred music in the nineteenth century was made by a canon of this collegiate church, Carl Joseph Proske. Gregorian chant and classic choral polyphony were integrated into the liturgy. The attention given to liturgical sacred music in the “Old Chapel” was so significant that it reached far beyond the confines of the region, making Regensburg a centre for the reform of sacred music, and its influence has continued to the present time.

In the Constitution on Sacred Liturgy of the Second Vatican Council (Sacrosanctum Concilium), it is emphasized that the “combination of sacred music and words … forms a necessary or integral part of the solemn liturgy” (No. 112). This means that music and song are more than an embellishment of worship; they are themselves part of the liturgical action. Solemn sacred music, with choir, organ, orchestra and the singing of the people, is not an addition of sorts that frames the liturgy and makes it more pleasing, but an important means of active participation in worship. The organ has always been considered, and rightly so, the king of musical instruments, because it takes up all the sounds of creation and gives resonance to the fullness of human sentiments. By transcending the merely human sphere, as all music of quality does, it evokes the divine. The organ’s great range of timbre, from piano through to a thundering fortissimo, makes it an instrument superior to all others. It is capable of echoing and expressing all the experiences of human life. The manifold possibilities of the organ in some way remind us of the immensity and the magnificence of God.

Psalm 150 speaks of trumpets and flutes, of harps and zithers, cymbals and drums; all these musical instruments are called to contribute to the praise of the triune God. In an organ, the many pipes and voices must form a unity. If here or there something becomes blocked, if one pipe is out of tune, this may at first be perceptible only to a trained ear. But if more pipes are out of tune, dissonance ensues and the result is unbearable. Also, the pipes of this organ are exposed to variations of temperature and subject to wear. Now, this is an image of our community. Just as in an organ an expert hand must constantly bring disharmony back to consonance, so we in the Church, in the variety of our gifts and charisms, always need to find anew, through our communion in faith, harmony in the praise of God and in fraternal love. The more we allow ourselves, through the liturgy, to be transformed in Christ, the more we will be capable of transforming the world, radiating Christ’s goodness, his mercy and his love for others.

The great composers, each in his own way, ultimately sought to glorify God by their music. Johann Sebastian Bach wrote above the title of many of his musical compositions the letters S.D.G., Soli Deo Gloria – to God alone be glory. Anton Bruckner also prefaced his compositions with the words: Dem lieben Gott gewidmet – dedicated to the good God. May all those who enter this splendid Basilica, experiencing the magnificence of its architecture and its liturgy, enriched by solemn song and the harmony of this new organ, be brought to the joy of faith.

I just love his comparison of the organ to that of community since it is such a good analogy. When I think of dissonance in this analogy it is easy to relate it to dissidence. The tone deaf theology that does not unite and sounds quite discordant. As if each pipe has it’s own player with each person going by their own score. Truth has often been described as orchestral where truths seen together both build upon and enforce the other.

I also love how the Pope can give a speech about the dedication of an organ and then goes on and explores the theological richness of it and especially of the liturgy.

The more we allow ourselves, through the liturgy, to be transformed in Christ, the more we will be capable of transforming the world, radiating Christ’s goodness, his mercy and his love for others.

Ziggy Stardust and the Liturgists from Mars

Nobody expects the Liturgical art and sacred music...

Another theological reference to piped organs has to do with the use of “breath” (air, wind, pneumos) to effect the sounds.

Ever read “The Silmarillion” by JRR Tolkien? The Pope’s remarks call to mind the book’s opening chapter where Eru (God) calls together his angels as the conductor in a symphony. One discordant angel (Melkor) repeatedly adds his own tune to the otherwise harmonious music. The discord created finally is too much for Eru to bear, so he and the good angels throw the prideful Melkor out of the symphony.

At first I thought this was a bar with numerous mini-bottles of booze.

That’s a real beer bottle organ. I forget what brand, though. They have a website where you can hear a sample of what it sounds like.

We are so lucky to have this Pope!