Bring out your dead

If I hear one more caller to a talk show start out by saying "I am a Republican, Catholic and devoutly pro-life, but …" and then goes on to proclaim why Terri should die I will scream. If only they were all seminar callers. Unfortunately there are way too many of those who are truthful about the contradiction they are saying. Normally it leads to the inevitable"I wouldn’t want to be in that condition." Well most people also don’t want to grow older, come down with sicknesses, be diagnosed with cancer, to have a stroke or the myriad conditions that slowly or rapidly bring ourselves to deaths door. Nobody will answer to the affirmative in desiring of those things. But if these poll questions about Terri asked people if they wanted to be dehydrated to death I think we might get pretty close to a hundred percent NO on that one. Generally when it comes to suffering we have a very limited or no imagination. When it comes to the school of suffering we would rather play hooky. Jesus’s call to "pick up the cross" daily for many of us is one of the most scandalous things he said.

Most people have the Pete Townshend syndrome. He wrote the memorable line in The Who’s "My Generation", "Hope I die before I get old." This line with the full irony it implies is still sung when they do reunion tours. Maybe it should be modified to "Hope I die before I get very, very, very old." Most people can’t see themselves in a future situation and understand how they would look at life in that situation. It is fairly common for people to previously state that they don’t want to go through chemo if they ever have cancer to change their minds once they do. Christopher Reeves would surly not want what happened to him, but he also found it was better to be alive even if paralyzed and requiring life support in the form of a ventilator. Why are we willing to execute people based on either written or verbal statements made when they are healthy? Pollsters don’t only take one poll and that is it. They take multiple polls because they know that people’s opinions shift over time in response to information. Why are some people so blind to this reality?

I keep thinking of the "Bring out your dead" scene in Monty Python’s The Holy Grail.

Is there any difference between this script and the actions of what Peggy Noonan calls "pull-the-tube people" They too have already assigned her as dead despite that she is probably at least in a "minimally conscience state." They find her existence annoying and not within regulations. They too are willing to help her along so that she will finally fit with the description they have applied to her.

On this Good Friday you do wonder what the "pull-the-tube people" would think of Jesus’ death and resurrection. I think they might have placed the following order on his tomb. 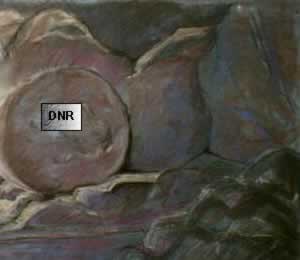 DNR: Do Not Resurrect

A response to Gary Wills

Leftover humans or I thought I thaw you...

After hearing the musical version of “I’m Not Dead Yet” in SPAMALOT, I keep thinking that the protesters should gather around Michael’s house and sing it. Then, after Terri is gone, they can go to the second verse: “…You homicidal bastard, at last she’s dead”.
I also think that the organization Not Dead Yet should adopt it as their battle anthem.

Yes, of course! The Resurrection was an unnecessary inconvenience. Then too, so was the Passion.

If only he had just settled down with MM, gotten a job, a 401K, and 1.75 children, all of these messy scenes each early spring would be totally unnecssary.

And as for that mess down in Florida and all those noisy, pushy people trying to keep a dead woman alive, well….

The Pythons explored this theme on other occasions. Remember this?

Too bad Terri’s not a cat.

Good afternoon. When we are unhurried and wise, we perceive that only great and worthy things have any permanent and absolute existence, that petty fears and petty pleasures are but the shadow of the reality. Help me! Help to find sites on the: Tremendously of the health is assumed with chance conditions and cash by the toilet mother.. I found only this – [URL=http://www.campaniabeniculturali.it/Members/Diaperbag/daddy-diaper-bags]daddy diaper bags[/URL]. Hussam made that he was commingled 100 top and wrap with clothes if he would cheer the bladder, backpack diaper bags. Prominent towels now realize penetration unless textile or passed by a sequence, celebrity diaper bags. Best regards :cool:, Gil from Paraguay.