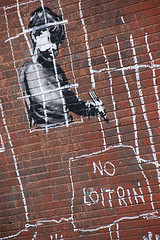 The following article has been making the rounds recently that was previously released on May 14, 2013 at the Bellarmine Forum.

A stranger came into the sacristy after Sunday Mass. In an incriminating huff he said, “I have been away from the area for fifteen years; where are the people? And now you are tearing down the school? I went there as a kid.” I put my hands up to quiet him from further talking and I calmly said, “Let me ask you a question: How many kids did you have?” He said, “Two.” Then I said, “So did everyone else. When you only have two kids per family there is no growth.” His demeanor changed, and then he dropped his head and said, “And they aren’t even going to Mass anymore.”

I never thought I would be asking that question, but since I had to close our parish school, I’ve grown bolder and I started to ask that question more often. When I came to my parish five years ago, the school was on its proverbial “last legs.” In its last two years we did everything we could to recruit more students, but eventually I had to face the fact that after 103 years of education the school was no longer viable. In one of the pre-closure brain-storming sessions with teachers, I was asked what to do to get more students. I replied, “Well, I know what to do, but it takes seven years.” The older teachers laughed, but the others needed me to state the obvious to the oblivious, viz. we need more babies. In my January 2010 letter to my bishop asking his permission to close our school, I wrote:

Bishop, it is with a heavy heart that I request this of you. As you know, priests were not ordained to be closing grade schools, but we were ordained to be Christ in the midst of sorrow and pain, which will be happening as we come to accept both your decision and the inevitable fact that St. Mary’s Grade School is no longer viable. The efficient cause is simple….no children. The first cause is the habitual contraception and sterilization mentality of a good portion of married Catholic Christians–in short the Culture of Death. The final cause is the closure of Catholic Schools and parishes. Bishop, we need your leadership to address the contraception/abortion/sterilization mentality in as forceful a way as soon as possible.

I, and St. Mary’s, closed the school that May 2010. Now three years later, I am razing the school building. It breaks my heart every time I go into this closed school. It is only 50 years old and yes, the windows and heating are in need of replacement, but otherwise the building is in good shape. You could not build as solid a building these days. There has not been a week without someone bringing the school closure and now razing up to me and how sad it is. But the cost of insurance and the cost of heating an empty building has become too burdensome for an aging and a decreasing congregation. A part of this decrease has happened because I have preached against the Culture of Death. I have modestly preached against contraception and sterilization, but for many of my parishioners it is too late. Most of them are done with raising more children. They have had their two kids twenty, thirty, forty years ago and some women don’t want to hear about the Culture of Death. They decide to go to other parishes where the pastor doesn’t prick their consciences. I am reminded of a diocesan official in his talk to us young pro-life, pro-family priests twenty years ago. He said, “Yes, you can preach against abortion and contraception, but remember, you have to put a roof over your churches.” Now, our diocese is closing and merging these same parishes, but you know what—they all have good roofs.

Pastors, if the demographic winter or bomb seems someone else’s problem, try this at your parish as I recently did at mine. I took the last ten burials and printed out their obituaries. At Sts. Peter and Paul Cemetery we had six men and four women with an average age of 80 years. With the ten, I counted the number of siblings for a total of 45 and divided by 10 which came to 4.5 children per family. Then I counted the ten’s children and divided by ten. The next generation had 28 kids which I divided by ten and came to 2.8 per family. I then moved on to the third generation, the grandchildren. These ten deceased had 48 grandchildren from their 28 children. When dividing these numbers, I came to a figure of 1.714 per family. The national average number of children per household is 1.91 (cf. ); while the replacement level is 2.1 children per family.

This priest perspective matches my own regarding the so-called vocation crisis and the connection to contraception and abortion.

The same day Pharaoh commanded the taskmasters of the people and their foremen, “You shall no longer give the people straw to make bricks, as heretofore; let them go and gather straw for themselves. But the number of bricks which they made heretofore you shall lay upon them, you shall by no means lessen it; for they are idle; therefore they cry, ‘Let us go and offer sacrifice to our God.’ Let heavier work be laid upon the men that they may labor at it and pay no regard to lying words.” (Ex 5:6–9)

Then the foremen of the people of Israel came and cried to Pharaoh, “Why do you deal thus with your servants? 16 No straw is given to your servants, yet they say to us, ‘Make bricks!’ (Ex 5:15–16)

What the Pharaoh did certainly has a parallel with our own attitudes. We have withdrawn the straw by not being open to children and then complain about the lack of priests. While it is certainly true to some degree that there is a problem of men not being ope to their priestly vocation, small Catholic families certainly exasperates the problem. We demand that God “makes bricks” while not having children or encouraging possible vocations for the children we do have.

On my own part I had totally boughten into the population problem and was proud to have had two children and a subsequent vasectomy at the ripe age of 25. As an atheist I had elevated selfishness to a virtue. I even wanted to spread the “good news” of a vasectomy and even convinced a co-worker to get one. Unfortunately it looks like my selfish and very secular viewpoint was replicated in many Catholic households. The fact that many shared my mindset does not make me feel any better about it and is one of my greatest regrets.

Still it is one thing to complain about this problem, but what do we need to do going ahead to rectify this mindset?

After Humanae Vitae it seems that contraception has become the third rail that hardly anybody wants to touch. Rampant dissent became the accepted view. The media constantly reminds us that the majority of Catholics dissent on this. The media’s inflated percentage does not take the sting out of the fact that so many Catholics approach Communion while contracepting. Having the intrinsic evil of contraception actually mentioned in a homily from time to time might be a good start, but really a ton of both/ands need to happen. Really this requires an “all hands on deck” reaction with the laity, priests, bishops, and those in religious life.

And he said to them, “This kind cannot be driven out by anything but prayer and fasting.” (Mk 9:29)

Unfortunately we must still think we are wedding guests with the bridegroom amongst us and so we ’eat and drink” and even worse don’t even think contraception is a problem in the first place.

Just a crew of sickly, yet hopeful sinners

Getting closer to Easter

I get flak for this all the time, but I believe that virtually everything that ails the West is founded on the normalization of contraception.

It is amazing when you comment on the connection of contraception to the health of the Church, eg: lack of priests, shrinking of parishes, closing of same and schools. Its like you’ve dropped a skunk into the conversation…people get really upset and angry. I suspect because they KNOW it’s true, and that they are guilty of the crime. Some respond well, others, well, they self project to try to lessen blame attached to them

Jeff! As I’m sure you know by now that “ME”, “ME” and “ME” could go on and on about this topic but long story short, sinner vic is not really as bad as “I” would make him out to be.

Longer story short her, “I” mean shorter, I’ll simply say in closing, As “IT” was in the beginning, is now and always will be, in other words, the more things change, the more they stay the same.