While I totally understand the Church having only those with Holy Orders deliver the homily. Sometimes though I muse on the thought of having a homilist-pinch-hitter. 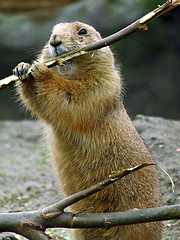 Too often I run across the monotone homilist or the homilist who gives almost a total deadpan delivery. The majority of the time I have found the text of the homily to be fairly decent and that it is the skill in delivery of the homily that I find deficient.

Protestant preachers seem to have paid a lot of attention to this skill set which is understandable since the sermon is pretty much the lynch-pin of a Protestant service. This emphasis explains why the preachers name is often prominently placed on the outside of a Protestant church and not at a Catholic Church. The charism of the individual preacher model though has it’s problems it that people will go preacher-shopping looking for the most entertaining preacher. The positive thing about the Catholic parish model is that having a good homilist transfer doesn’t mean that people will then go looking elsewhere. The parish model where the Mass is the focus reduces a personality driven approach.

Still I think many Catholic homilists could learn something from Protestants when it comes to delivery. Now this does not mean that we must succumb to the idea of the homily as a piece of entertainment. I’ve discussed the use of humor in homilies before in Humorlectics. What I have seen from the limited dataset of my own experience  is often really bad presentation.  The joys and mysteries of the faith come across as something boring since the preacher can’t seem to lift himself up to any excitement over it.  There can be quite disconcerting  to hear the disparity between the material and the way it is spoken.  This disparity is funny in a talented deadpan comic, for a deacon or priest, not so much.  The exuberance of a Cardinal Dolan is reflective of the other end – a well delivered homily.  Trying to emulate his Eminence is not the goal as this would not be natural for most speakers.  The speaking skills of the homilist are certainly of some importance and I do wonder how much attention is paid to this in seminary?  If they are than I am encountering too many homilists that slipped through.

Though maybe what I really need is a pinch-hitter-homily-listener since instead of working harder to pay attention to even a poorly delivered homily I allow my mind to wander and compose blog posts on pinch-hitter-homilists.

My job is too big for one man

The cross, tree of life

The Grinch of Santa Monica – an illustration

I agree about the need for a better delivery.

Sometimes the delivery gets to me though. We have the priests who start walking around the church, soliciting “audience participation” by requesting that the congregants raise their hand or shout “Amen”, which the priest strangely can never hear on the first try, necessitating him to ask the congregants to repeat themselves. Then we have the priests, perhaps at the behest of a “liturgical coordinator” who invite the children to sit around the sanctuary while giving a homily about the children’s favorite toy or some such nonsense.

In class, I do find that people respond well to humor and listen better. You are right to say that the end is not to entertain, but using entertainment as a means to educate or enlighten is very powerful indeed

My experience with homilies is that the more passionate I feel and think about the message, the better off it comes. If I don’t think that what I am preaching about matters all that much, then how can anything other than that be communicated to the hearers?

Bascially a priest, bishop and deacon must be passionate about what it is they are saying. This is different from putting on an entertaining exhibition since that says more about the speaker than the message. If you’re excited about Christ and what he means to your life, that excitement – passion if you will – will come across.

I get knocked a lot for delivering a text. I try not to read the homily. Speaking off-the-cuff can be a temptation for this former literature prof. Can anyone say “75 minute homily”? The few times that I have preached w/o a text, I’ve rec’d very positive feedback. Passion is certainly a key ingredient in good preaching, but that passion has to be tempered with sound doctrine. I’ve heard too many passionate homilies that teach error. You can’t help but think that a text would’ve saved the preacher from preaching falsehood.

P.S. One than anything else, the best way to improve Catholic preaching is for Catholics to give their pastors feedback! I can’t repeat this often enough: nothing will change if Father thinks no one cares.

According to church law only an ordained man can give a homily. That being said, any person can give a sermon! A sermon is an explaination or instruction on church law, Theology or other matters not pertaining to a homily. Sermons are not mentioned in CCC or the rubrics as restricted to clerics.

If I would give a sermon, I would choose the topic of why Homilies are only given by ordained men.

Serious question: do most dioceses adhere to a system of geographic parishes? We technically have boundaries, but our last bishop declared everyone free to go where they like, leaving sort of a personality driven congregationalist effect. Truly, a lot of people just go the the parish where they grew up, whoever the pastor is.

The 1983 edition of Canon Law removed the requirement for geographic parish boundaries and people can register at a parish they choose.

(((Passion is certainly a key ingredient in good preaching, but that passion has to be tempered with sound doctrine. I’ve heard too many passionate homilies that teach error. )))

I must agree with that “ONE” but we must also be very careful as to what “ONE” might say and/or do while preaching because “IT” can certainly on occasions stir UP a LOT of hate. For example although I made “IT” very clear that GOD could never allow dogs in His Accepted Holy Church that His Angels and Saints created after Good Old Dad’s Son died to speed things UP.

Long story short The “ONE Holy Catholic Church“ was created to speed UP the memory of Christ`s Body and Blood during Mass.

Longer story short, we must be very careful not to stir UP human Hearts so that those who live and/or have lived backward can take advantage of our miss takes cause we know that many hackers have already stuck, I mean snuck into our Catholic Church back doors, if ya know what “I” mean?

NICE TRY sinner vic! Just ignore him folks cause Victor really wants nothing to do with sinner vic and his so called 92% imaginary spiritual reality ESC skitso opinion on preaching! 🙂

Gee and we thought that you wanted ((Usual Sinners))) to know the truth Victor about your computer. É Men!

Thank you, Mr. Miller. I keep hearing about parish boundaries as if they mattered, but neither Dallas nor Fort Worth enforce them.